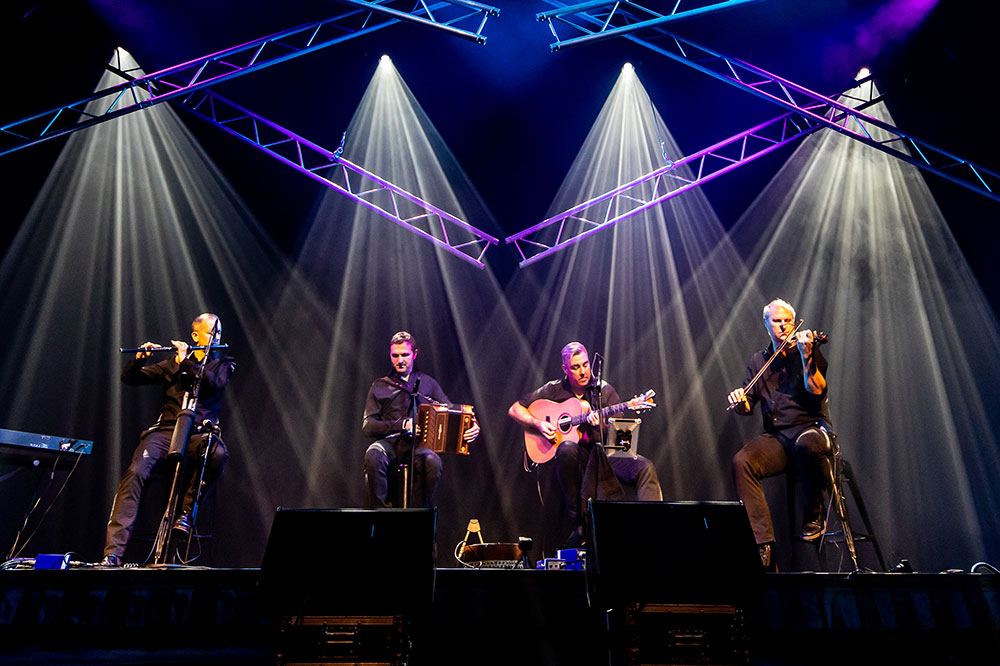 Well, it’s that time of year again as we approach St. Patrick’s Day when all Irish bands get frantic phone calls from booking agents and venues all over Australia! We’ve performed in Melbourne and Sydney for the past few Paddy’s Days, but we’re delighted to be back in Brisbane for the 2022 celebrations!

We’ll be kicking off at the Brisbane Irish Festival Charity Ball on Saturday 5th March at Victoria Park Golf Club for the Irish Australian Support Association of Queensland. It is always an honour and a pleasure to play our music at IASAQ events. We are very lucky to have such a brilliant organisation supporting the Queensland Irish community.

Then we’re on late on Thursday 17th March at Finn McCool’s, Fortitude Valley. As our debut gig at this fine venue, this will be a baptism of fire for us – we’re guessing it’ll be a lively gig in the valley for St. Patrick’s night!

Our last concert is the headline slot at St. Patrick’s Festival at Eagle Farm Racecourse on Saturday 19th March. We’ve got special things planned for this performance. It’s a huge event and we’re looking forward to seeing you there!

Once we recover from all of that, we’ll have our sights firmly set on our next tour which is to return to France, England and Ireland for all of August 2022 with our new album Éirelocked. This is a mostly instrumental album of our favourite trad tunes, mixed with some new original material and always with a contemporary Sásta twist! We spent most of 2021 rehearsing and arranging the music, recording it at Airlock Studios, Brisbane with Ian Haug (Powderfinger) and then having the final tracks mixed and mastered in County Mayo, Ireland by the wonderful Stephen Doherty (Gráda). We’re very proud of the result.

First stop on the tour, we’ll be playing the Festival Interceltique de Lorient in Brittany, France. Then we’ll have a hometown gig for each band member: a Mayo gig for Rocky, a Laois and London gig for me and a show in Downpatrick for Kevin. Fred will have his hometown gig in October when we return to Australia and play Tablelands Folk Festival, Cairns in October.

We have vinyl records (fierce trendy) and CDs (old school) available at our gigs and on our website. Check them out and let us know what you think!

Thank you so much to the wonderful Brisbane Irish community for supporting Sásta for over a decade!

Have a wonderful St. Patrick’s Day celebration wherever you are!

Look after each other. Ní neart go cur le chéile.